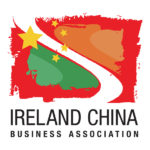 EU and Chinese trusted traders will enjoy lower costs, simplified procedures and greater predictability in their activities, thanks to a mutual recognition agreement signed on May 16th.
Under the agreement, the EU and China commit to recognising each other’s certified safe traders, thereby allowing these companies to benefit from faster controls and reduced administration for customs clearance. Mutual recognition of trusted traders also allows customs to focus their resources on real risk areas, thereby improving supply chain security on both sides. The EU is the first trading partner to enter into such an agreement with China, having already signed similar deals with the USA (2012) and Japan (2011).
EU Commissioner for Taxation and Customs, Algirdas Šemeta, was at the Joint Customs Cooperation Committee (JCCC) meeting in Beijing, for the signing of the agreement.
Commissioner Šemeta said “By agreeing to mutually recognise each other’s safe traders, the EU and China are taking a big step forward in our trade relationship. Today’s agreement is fully in the spirit of trade facilitation, by making customs procedures easier, cheaper and faster for our trusted operators. It is also in the spirit of growth, by improving our business environment and accelerating trade. Our citizens will benefit from greater protection too, as customs can focus more resources on where the real risks lie. In short, everyone is a winner with this customs agreement.”
Two other important initiatives were also signed at the JCCC. The first is a new Strategic Framework for Customs Cooperation, which defines ambitious priorities and objectives for EU-China collaboration in this field. Key areas of focus for the coming years will be trade facilitation, supply chain security and fighting counterfeit and illicit trade. An important new priority is a joint approach to tackling illegal waste shipments, thereby tackling an area of high concern for both sides and supporting important environmental objectives.
The second initiative signed in Beijing on May 16th was a new EU-China Action Plan on Intellectual Property Rights (IPR). This aims to improve the clamp-down on counterfeit goods by intensifying EU-China cooperation, communication and coordination in this field.
Trusted Traders
The EU Authorised Economic Operator (AEO) status was launched in 2008, offering simplified customs procedures to companies that prove to be safe, reliable and compliant with security standards. Certified AEOs have fewer inspections on goods and speedier customs procedures and formalities. This benefits the companies because the goods can move faster from one destination to another, lowering transport costs and facilitating more efficient trade. It also benefits EU customs administrations, who can concentrate their resources on checking high risk transactions.
There are currently around 15 000 companies approved as authorised economic operators (AEOs) in the EU – a number which is continually rising. Today’s agreement with China makes the EU certified trader system the most widely accepted in the world, given that the USA and Japan (as well as the EEA countries) are already in mutual recognition agreements with the EU. Mutual recognition of certified traders prevents a proliferation of incompatible standards amongst international trade partners, and helps promote a more harmonised approach to customs practices worldwide.
Background
China is the EU’s biggest source of imports and has also become one of the EU’s fastest growing export markets. China and Europe now trade well over € 1 billion a day. EU imports from China are dominated by industrial and consumer goods, with bilateral trade in services amounting to just one tenth of total trade in goods.
In 2013, EU exports to China increased by 2.9% to € 148.1 billion, while the EU imported € 279.9 billion worth of goods in 2013 (down by 4% compared to 2012). Customs plays a vital role in this trade relationship, ensuring that goods flow smoothly, while also protecting citizens against security threats and unsafe or illegal goods.
Useful links
See MEMO/14/353: ‘Questions and answers: EU-China customs cooperation and combating illicit trade’ and SPEECH/14/386
On EU – China Customs cooperation:
http://ec.europa.eu/taxation_customs/customs policy_issues/international_customs_agre
ements/china/index_en.htm
Homepage of Commissioner Šemeta:
http://ec.europa.eu/commission_2010-2014/semeta/index_en.htm
share on See other articles»

This site uses cookies to give you a better customer experience. By continuing to use this site you agree to this and are happy allowing us to use cookies. If you agree otherwise, you can find out more about our cookie policy here. Find out more.